Official Forum of the WW2 US Medical Research Centre
http://med-dept.com/forum/

i am restaurating my WC-54 and i look for a kind of nickname like on tanks or planes i could give him.

Does anyone know some or has a hint where i could find one?

by johan willaert
If it's cross-eyed, call it CLARENCE....

by Ben
I quite like Clarence, Johan! I wonder whether you'd be willing to share some photographs of your WC-54, WC-54?

by johan willaert
Maybe I've should have explained why I think Clarence is a good choice for those that do not know the movie..... 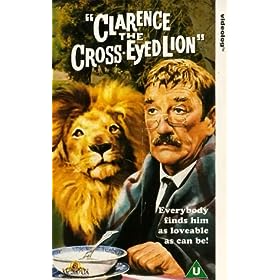 by sgtpeter
Very funny Johan. I have never seen the movie, but it looks like it might be funny.

Christian - when dealing with tanks, armored cars and halftracks, the crews would normally use a name that corresponded to the Company they belonged. For example an armored car assigned to Company D 82nd Recon Bn could use "Dorothy" or "Dagwood" or "Danger", etc. I have not seen photographic evidence that indicates that was continued with support vehicles such as ambulances. The name you use should have some significant to you - that's what Soldiers do. Some guys will name things after their first girlfriend, wife, kid, mom, hometown or something important to them. GEN Gerhardt's jeep was called "VIXEN TOR". The name has no connection to the unit and really have no idea why he called it that. Obviously it was something important to him.

I kinda like "cross eyed sue", its unique and you have a story to go with the name. You could even embellish the story a little, "no matter how many times I tighten, the light moves back to cross eyed. Rather than fight it, I embrace it" - something like that. Half of what we do by setting up displays is to present something interesting to people. With a name like "cross eyed sue", I would imagine you will get people asking about the name and they will remember your truck. Just my thoughts.

by johan willaert
Vixen Tor is a granite rock in the Moors where the 29th did a lot of training....

thanks for your replies.

Clarence would be funny but the series started in the sixties so the timeframe would´nt fit.

I think it will be "Crosseyed Sue" and i will attach it to 3rd armd divison.

Spearhead was part of operation grenade which took place in the area where i live (between Krefeld and Moers).

Furthermore i am part of the volunteer-team of the belgium Tank Museum an join the crew of a Sherman called "Spit Oil".
SpitOil belongs to 3rd armrd div and i can leave the markings on my Jacket

I dont know how to post photos ...? Other wise i would show you Sue and Spit Oil....

by Ben
Christian,
Thanks for your message - in case you should need any help with bumper markings for your vehicle, please consult the Article posted about this subject on our website!
If you'd like to email me some photographs of the vehicle, I will gladly post them here on your behalf. My email address is ben@med-dept.com.
Thanks again,
Ben

by Ben
Here are the pictures that Christian asked me to post on this thread:

by medevac
FYI,
Vixen Tor the Jeep still exists. General Gerhardt had the jeep shipped home when he returned, and "gave" it to his driver, Sergeant Bob Cuff. Cuff didn't really want it, so he donated it "to the People of the State of Maryland." The jeep is in possession of the Maryland National Guard Headquarters located in the 5th Regiment Armory in Baltimore MD. The jeep is in original condition, with everything as it was at the end of WWII. 29th Division jeeps were well cared for- Gerhardt demanded that the jeeps be washed regularly after field exercises. If you ever get to see this jeep, it is worth the trip to Baltimore.