Does anyone have or can they direct me to a website that does have, the full instruction sheet for the use of the Army Pro-Kit. These simple prophylactic kits were freely issued to the troops in the field and included a tube of ointment, a soap impregnated pad, Instruction sheet. I am interested in the instruction sheet.

While I am going to assume that it would violate this site's terms of use to post an actual link to the video, there is an official US Army film dated 1942 (actually filmed in 1941) titled Sex Hygiene (War Department Official Training Film No. 8-154) One can do a search for it at Archive dot org. Actors George Reeves and Robert Lowery -- who both later made their marks in early post-war film and television as Superman and Batman respectively -- appear in the film. Prominent is the late Charles Trowbridge, appearing in the role of a lecturing Army medical officer. This film is of equal historic interest from a theatrical standpoint as well as clinical. 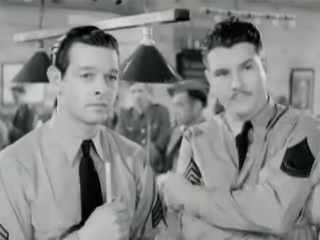 Produced and directed by the late John Ford, this film was required viewing for all US Army personnel of the period. It included frank discussion of what was at the time the most up-to-date clinical knowledge on the various diseases commonly termed VD, their signs and symptoms, effects, diagnoses, prevention and treatment. Also included is graphic, uncensored footage of a "pro kit" actually being demonstrated.

These kits and the treatment regimens discussed in the film are -- thankfully -- a thing of the past.
Post Reply
3 posts • Page 1 of 1